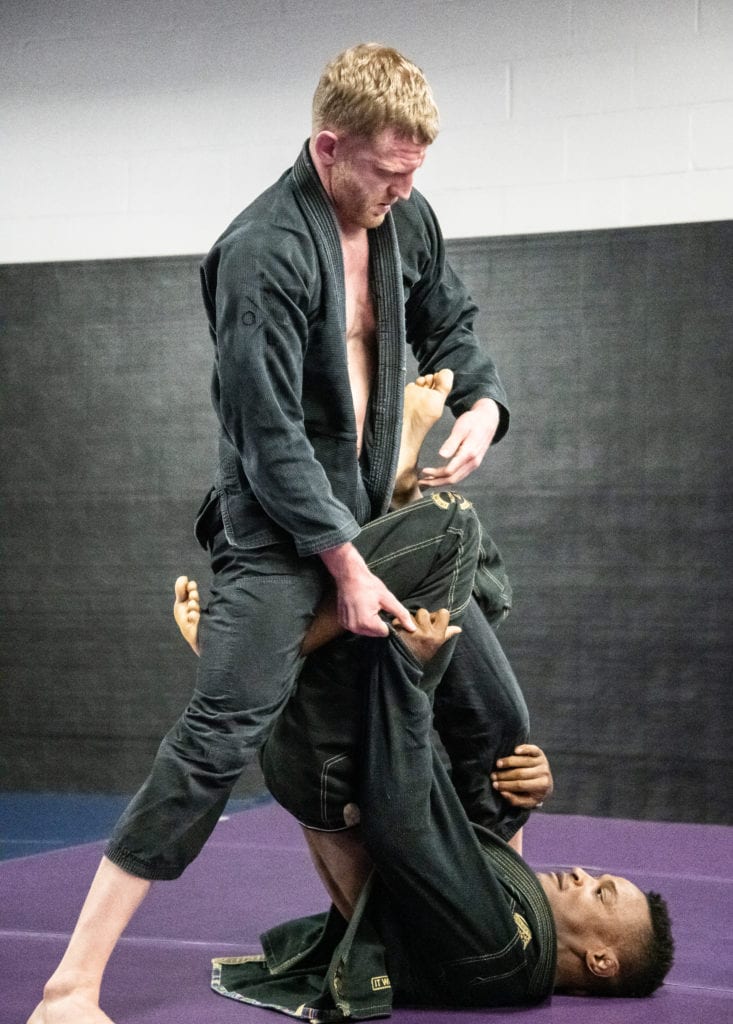 Our instructor Greg Souders is a black belt under 3rd degree black belt Dave Jacobs. Greg started training Jiu-Jitsu in February of 2004 and very quickly fell in love with the art. Greg’s initial focus when starting jiu jitsu was to become a world champion black belt but his competition career was cut short due to a neck injury that caused serious spinal cord damage.

Because of this, Greg decided rather than continue to focus on himself he would help others reach the goals he originally sought. He shifted his full attention to becoming a coach and has been coaching jiu jitsu since 2010. He and his competitors travel around the U.S. chasing the dream of competition success and deepening their understanding of the gentle art. He has produced medalists at every level from white to black, at every level of competition, from NAGA to the IBJJF Pan-American and World championships.

'Little Alex' is the head instructor of our Little Grapplers program.
Little Alex was coach Greg’s first child student. And now, after experiencing great success herself, she is giving back to the program to help a new crop of little grapplers find the same joy and success as she had.
Under coach Greg’s thoughtful programming, Alex was a very successful youth competitor and won nearly everything a young grappler can. She was practically undefeated throughout her youth career (her only loses were when she was competing with adults). Alex’s many youth championships accolades include:
Not only did she have a successful youth jiujitsu career, but she was also a successful youth wrestler. She made the varsity wrestling team her freshman year of high school as the only female member. She quickly became the team captain and remained as such all 4 years of high school. During her senior year, her family moved to North Carolina where she quickly became a wrestling standout. She was the first high school female in NC state History to qualify for the state tournament.
Alex knew that personal success was more than athletic accomplishments. She maintained an A-B average throughout her entire high school career. And now, as a young adult, she maintains her excellent grade-point average as a college student while still training, teaching, and continuing to pursue a Black belt World Championship.
Alex is a great role model for any young adult. She brings all her passion, dedication, discipline, and work ethic to the Standard Little Grapplers program.